I loved our visit to the British Museum.  I could spend full days for a week here, it’s that interesting.  If you’re interested in history, culture, art, fashion, jewelry, architecture, war, or food there is something here for you.  The British Museum holds the claim of being the earliest national museum of its kind in the world.  It was established on the death, in 1753, of Sir Hans Sloane, a great collector of his time.  He left his entire collection to the British nation.  Luckily for all of us, Sir Sloane was interested in pretty much everything.  It seems that the early Museum continued in that vein and added to it without limit.

I appreciated the recorded device that tells us about the displays here, although obviously, it isn’t large enough for every item in the museum. I bought a book at the bookshop inside the museum called “The Collections of the British Museum”.  It is an informative book with hundreds of photographs of items that the Museum owns.  It tells a little about these items and also the history of the Museum.

It opened its doors on January 15, 1759.  It was made clear that the Museum would be open to all and admission was to be free, however, in the early years access wasn’t always convenient.  Tickets had to be obtained and all of the visits were tightly controlled.  A guide was assigned and he decided what should be shown and how long you could stay.  It was also closed on weekends and the rare holidays, which made it difficult for ordinary working people to attend.   Thankfully it is more user friendly now and has grown to more than 13 million objects.  Wow!

There are a couple of schools of thought about museums in general.  One is that conquering governments have stolen another countries historical artifacts and they should be returned.  They’ve also been looted by the countries own people and sold for what they could get.  You can’t judge the people badly for this, they have families to care for.  Poverty and ignorance is an enemy to many things.  I’ve seen on the news that when it can be proven that a museum has bought stolen goods, they then will sometimes give it back to the country of origin.  How is it decided what would be the best course of action for these items, acquired so long ago. I did a bit of research a few years ago when I saw a documentary of the warring factions of the Middle East, destroying each others history.  Blowing up monuments, knocking down statues, burning artworks.  Its sickening what people will do as a sign of disrespect.  This isn’t only in the Middle East,  it’s been that way almost everywhere throughout history. 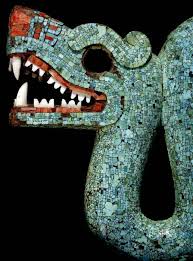 The other side of the argument is that museums of the world have preserved and restored many, many objects which is why they are available to us now.  Can you imagine what would have happened to, say King Tut’s treasure if the native people would have found the tomb, broke into it and took the things that they thought they could sell and then just left the rest open for the elements to destroy.   Maybe some of it would be in public museums, some only private collectors would have access to.  The precious metals melted down and sold, the jewelry taken apart and sold.   As it is, the entire world has access to this beautiful collection to study and learn from.  I was lucky enough to see it in a traveling exhibition in Seattle last summer and it was awesome.  I mean jaw dropping awesome!

The craftsmanship on many of these objects is absolutely amazing.  Some are beautiful in their simplicity.  They didn’t have the tools and equipment that we have today and still they created much more beautiful and intricate objects than we typically do.  I always wonder what the process was for these artists, if they created useful things and decided that it should also be decorative.  Were they just trying to put their twist to it or did they start with a vision in their head like a sculpture would with a block of stone.  I’m happy to be an observer and wonder about these artists, it somehow keeps them alive forever, their legacy. 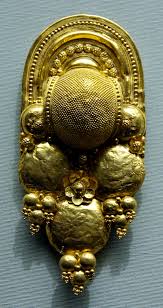 My only disappointment was that I really wanted to see the Lindow Man, which was on loan to a museum in Manchester at the time I went.  I have to go back again and again for the British history, the Egyptian artifacts, the famous paintings and statues and thousands of more things that I can’t even imagine until I see for myself.  Maybe I can volunteer there and just hang out for a few months, lol.

One thought on “The British Museum”

Currently and ecstatically planning my next visit to the UK

Recent Posts: Gardening in the Northwest

On Paper, Canvas, and iPad

Simply Made Kitchen and Crafts

Travel, Art, and Culture in Italy and the Wider World

the genealogy girl
A Bahamian In Austria

My personal journey finding my place in Austria.

A spoonful of inspiration and a dash of creativity

Musings on a mad world